Time and time again, young people have to answer: “Have you figured out where you want to go to college? What do you want to be when you grow up?” In many cases, adults ask those questions in the hopes that their kids or grandkids will choose a “prestigious” career like being a doctor or lawyer; a career in the skilled trades rarely ever comes to mind.

Planning the future can be overwhelming for a teen. That’s especially true when they feel pressured to apply to competitive (and often expensive) colleges. Many of the most “prestigious” careers also require more schooling AFTER college, including medical, pharmacy, or law school. Careers like “doctor” or “lawyer” have much higher salaries than average, but graduates will also be saddled with a lot of debt and have to enter competitive job markets.

However, many of the skilled trades offer good-paying jobs to people who have a strong work ethic and enjoy working with their hands. Many jobs in the skilled trades also don’t require much postsecondary education. So, being a skilled tradesperson can make you earn a decent living with minimal debt to your name.

Learning a trade and getting a job as a skilled tradesperson can be a smart move in today’s economy. As we saw during the pandemic, skilled tradespeople were essential workers in demand. Skilled tradespeople can also put their skills to work anywhere in the world without worrying about automation. This article will explain why you might want to consider encouraging your kids or grandkids to consider a career in the skilled trades instead of going into debt to become a doctor, lawyer, or engineer. 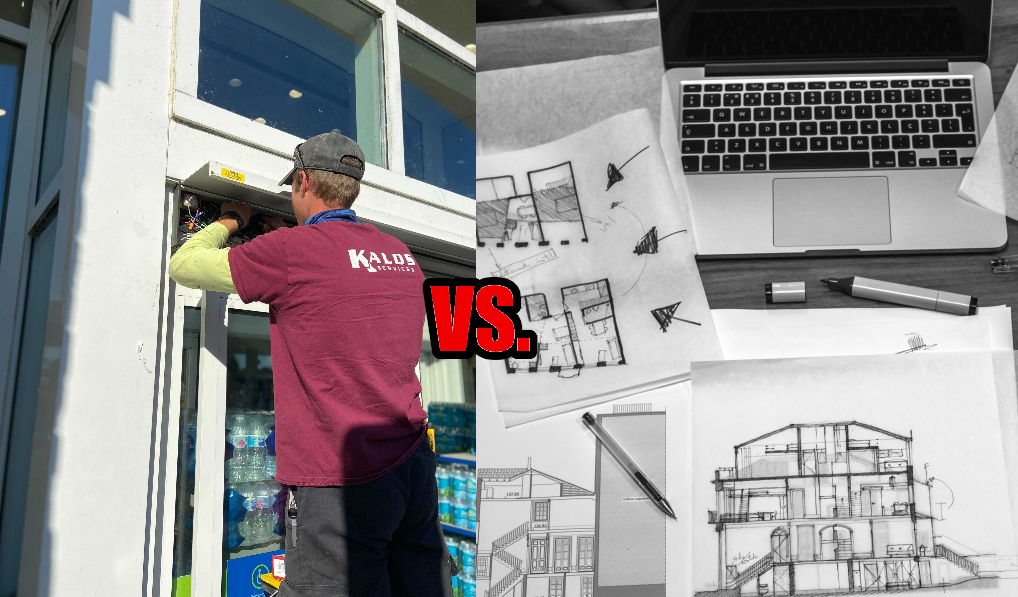 The truth is that engineers and architects rarely do any of the hands-on building. That’s what the tradespeople do.

There is plenty of room for technical knowledge and curiosity in the world of skilled trades; troubleshooting and craftsmanship are critical traits for technicians and installers of any kind. The people who get satisfaction from working with their hands and would feel bored to death in an office would likely be much happier as tradespeople than engineers.

Working in the skilled trades will also equip you with many skills that are useful for DIY jobs around the house. An engineer probably has to call an HVAC company each time his A/C system stops working; he’ll have to pay for parts AND labor. On the other hand, an actual HVAC technician would only have to pay for parts and spend a bit of time fixing the unit themselves. If you have those mechanical skills in your tool bag, you could also help fix family members’ vehicles or appliances.

The skilled trades, especially mechanical ones, still use science and math. They can be mentally demanding, just like STEM careers. However, they’re much less heavy on the abstract and place more emphasis on the practical; applied science and physics are much more important in the trades.

It’s important to know the distinctions between STEM careers and the trades. A lot of what we imagine as “STEM” knowledge and skills are actually products of applied science; that’s what the trades are all about. Tradespeople are smart, resourceful, and comfortable working with their hands. 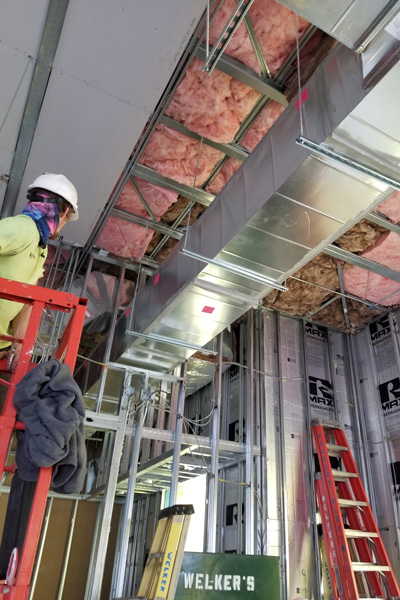 The early days of the COVID-19 pandemic are still fresh in many people’s minds. Many people with office jobs or those who worked in the tourism industry were furloughed. Court cases were postponed, and many businesses had to close temporarily. Who were the “essential” workers who kept picking up paychecks?

Medical staff, retail employees, logistics workers, and tradespeople were the ones who still had to go out and do their jobs every day. Electricians and construction workers still reported to their projects. HVAC technicians still fixed A/C units. Refrigeration techs still saved grocery stores from losing entire cases of food. These tradespeople were part of the backbone of society in a very tough time, and they continued providing for their families.

That goes for all sorts of skilled trades, too. Horses continued needing farrier care, sheep needed shearing, pets needed grooming, and glass needed replacement. All of the people who do those tasks are skilled tradespeople.

On top of being essential, the technical knowledge and finesse you obtain from learning a trade can help you anywhere in the world. You will find urban areas with HVAC, electricity, refrigeration, and construction projects. From Clermont, FL, to Cairo, Egypt, you will find a healthy demand for skilled tradespeople. The demand for tradespeople also means that there are plenty of opportunities for people to start a business based on their trade and earn even more money.

Skilled tradespeople also acquire skills that can translate well to other careers. HVAC and refrigeration technicians develop their mechanical skills quite a bit, and they would do well in other trades centered on machinery. In case one career path burns you out, you will likely have options to make a lateral move to a different career path that requires similar skills. 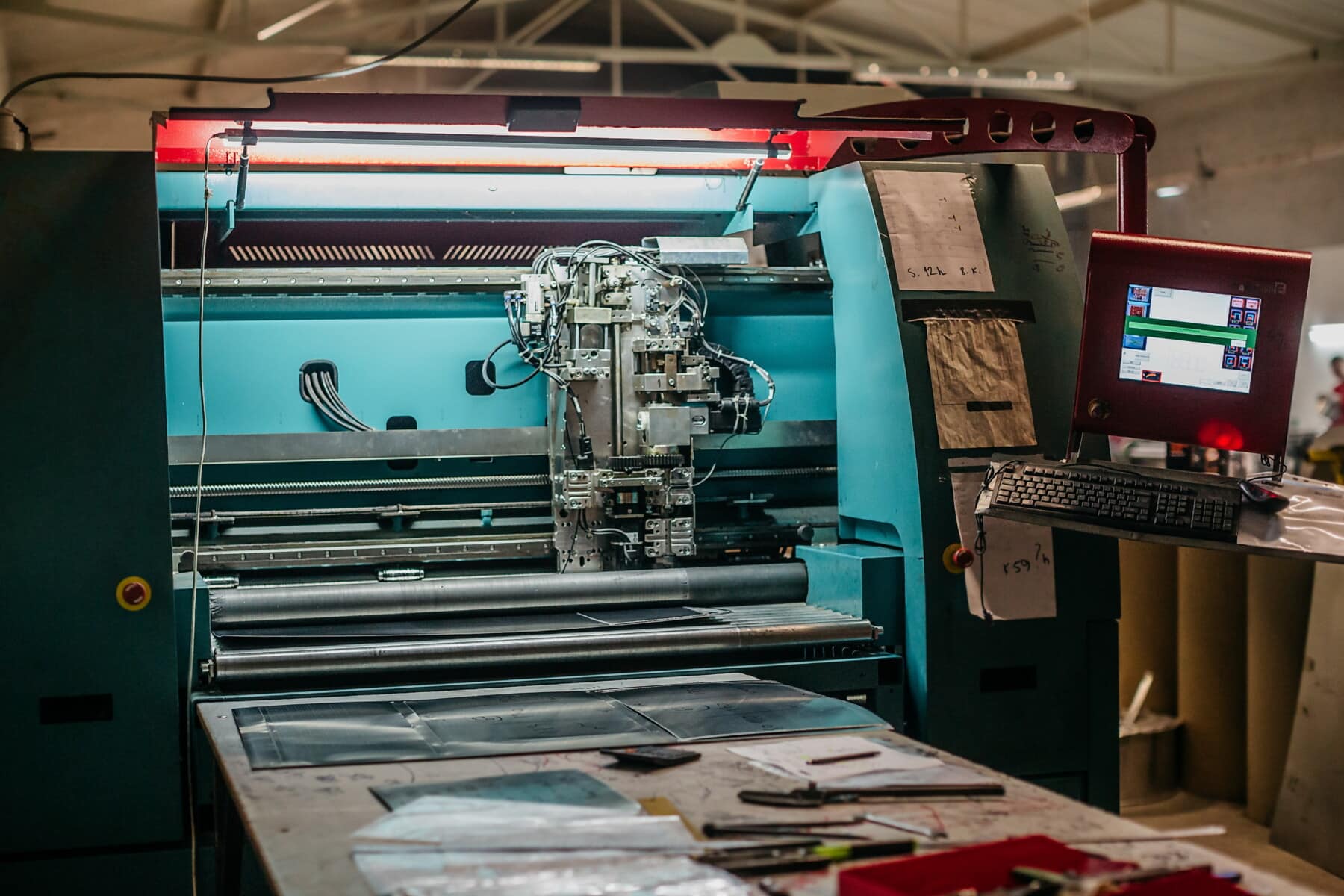 Lately, automated systems have replaced many jobs. You can walk into almost any McDonald’s restaurant and order your food from a kiosk now. Robots are also common replacements for repetitive tasks in manufacturing, and online tax services are making tax preparers go the way of the bowling pinsetter. (Yes, people used to set the bowling pins up manually.)

There is even some concern around jobs related to transportation! Whether we’re talking about driving a bus, courier vehicle, or commercial truck, there is a possibility that robots could take the wheel.

Skilled tradespeople are unlikely to be replaced by robots because their jobs require some uniquely human skills. Installing and repairing machines requires human dexterity and intelligence, and people need to use their senses to troubleshoot systems. Also, humans know what it means to have high-quality workmanship; robots do not. As long as jobs require us to rely on sensory inputs and human assessments of quality, we won’t see skilled trades disappear. 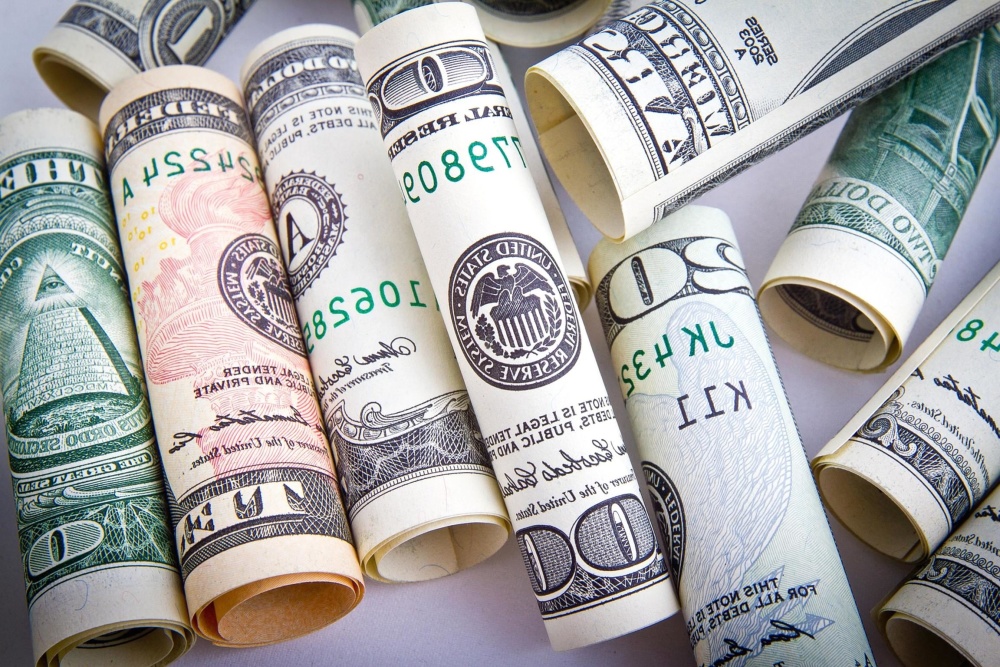 Many skilled trades bear the stigma of paying little for the hard work that people put in. Of course, wages will vary by company and market, but skilled trades can pay very well. That’s especially true if you get very good at what you do and can tap into a niche market.

According to the Social Security wage data, the median annual salary in the entire United States in 2020 was $34,612. According to the Bureau of Labor Statistics, the 2021 median pay values for ALL listed construction and extraction careers AND installation, maintenance, and repair occupations were above the national median. Many of those jobs only required a high-school education, with some requiring associate’s degrees or postsecondary certification (i.e., through a trade or tech school). One of the best-paying jobs, elevator/escalator installer or technician, has a median salary of over $97,000 with only a high-school education and apprenticeship required!

By the time many aspiring trades workers would be heading into the field after getting certified or going through an apprenticeship, many college students would still be in the classroom (racking up debt)! Not to mention, many apprenticeships allow you to earn money while you learn, something that’s quite rare for many undergraduate college students.

The skilled trades pay better than some jobs that require master’s degrees. The median salary for an HVAC or refrigeration technician was $48,630 in 2021, which tends to be middle-of-the-road as far as the trades careers go. Electricians tend to make more, with a median yearly salary of around $60,000. The median salary for a rehab counselor, which requires a master’s degree, was $38,560 in 2021. So, the trades pay pretty well for their education requirements.

Of course, I don’t mean to devalue a college education at all. If you know someone who’s dead-set on a career and knows how they’re going to pay for college, then a college education could be a great investment. But for people who are questioning if college will suit them well or who aren’t confident that they’ll get a return on their investment, the skilled trades can offer lucrative, fulfilling career paths.

So, if you or someone you know is doubting the value of a college degree, try looking into a career in the skilled trades! You could make better money and have more reliable employment than a job that requires a degree. In any case, the reward of learning a trade far outweighs the risk; a college education has become a riskier investment than ever and is NOT a ticket to the starting line.

If you’re interested in joining our Kalos team, you can check out our current job postings at https://www.kalosflorida.com/jobs/. We often have listings available for apprentice positions and offer benefits to ALL full-time employees. We look for individuals who genuinely want to learn the trade and who have a good work ethic. 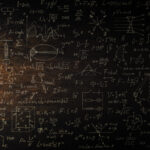 Applied Science in the Skilled Trades