During the holiday season, it’s pretty fun to drive around neighborhoods and look at the decorations in people’s yards. While cruising around this past season, you may have noticed that some houses had a few lights burnt out; on a whole string of Christmas lights, maybe two or three bulbs or strands were out. Maybe when you were younger, ALL of the Christmas tree lights used to go out if a single one failed. Those differences in lightbulb behavior are due to how circuits are wired. 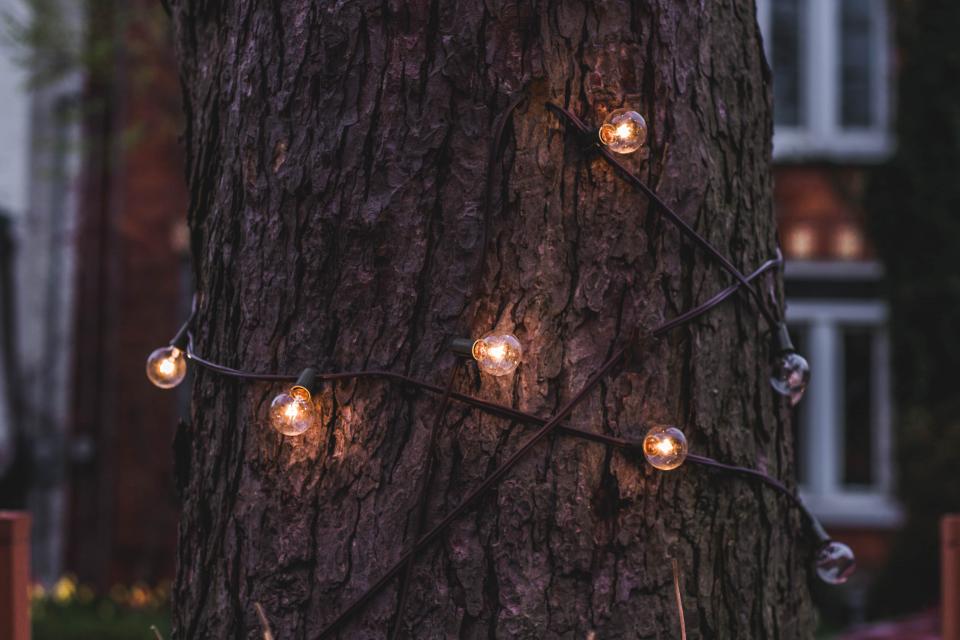 In the past, if a single Christmas tree light went out, then all of them would fail. Nowadays, we don’t have that issue nearly as often; a single light or strand could fail, but the others would all stay on.

The old-fashioned Christmas lights use series circuits, but some of the newer ones, including C7 and C9 bulbs on people’s houses, tend to use parallel circuits. These two circuit types behave differently, so you’ll notice that the loads (such as lights) will also change their behavior depending on if they’ve been wired in series or parallel. The electrical values like the voltage, amperage, and resistance also behave differently. We will be offering a simple explanation as to why series and parallel circuits behave the way they do, primarily using resistive loads.

Before we dive too deeply into circuits, we’ll cover a few electrical terms that will help us describe what’s happening in each circuit type.

The load is the part of a circuit that does something. In the case of a lamp, the load is the filament in the lightbulb because it generates light and heat; a load that generates heat is a resistive load. Motor windings also count as loads, but those are inductive, not resistive. Loads also oppose electrical flow; we call that opposition resistance and measure it in ohms (Ω). We can simply call those objects that provide resistance “resistors.”

Voltage is the difference in electrical potential between two points on a circuit; it’s like the force of an electrical current. Amperage refers to the actual current or flow of electrons. When you multiply volts by amps, you get wattage, which is power.

A water tower is an apt metaphor for describing electricity. The voltage is like the tower itself, which provides the pressure. The water current flowing out of the tower represents the amperage, and the water wheel would resist that current. As the water wheel resists the current, work is performed (in that case, generating power from the motion of the wheel). 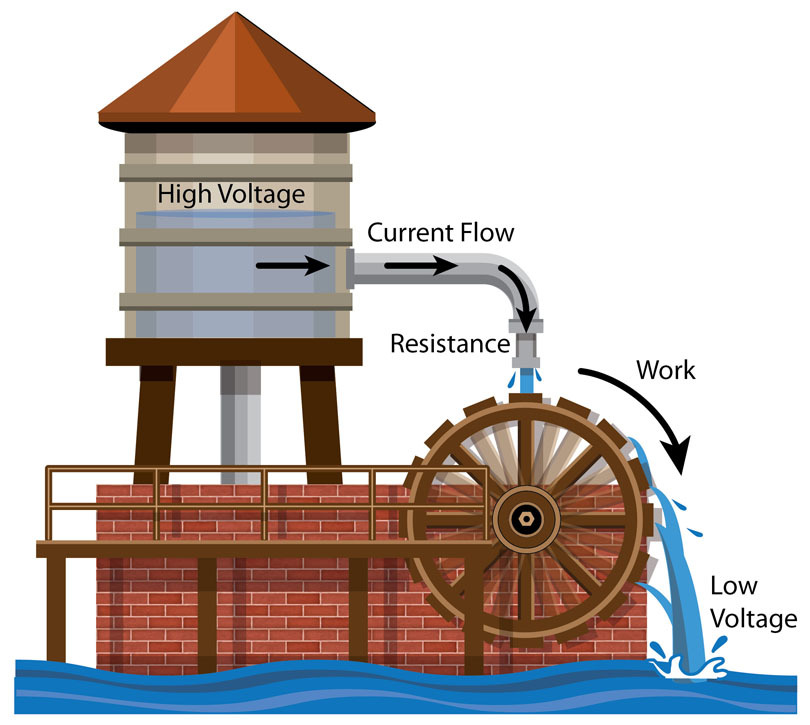 Electricity also follows a few different rules, including Ohm’s law. Ohm’s law describes the relationship between voltage, amperage, and resistance. That relationship is as follows:

So, when the voltage stays the same and the resistance increases, the current must decrease. 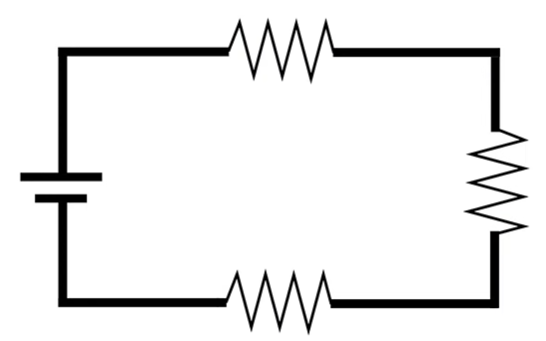 In a series circuit, all of the resistors are wired end-to-end, usually in a line or ring. We also call these wiring schemes “daisy chains.”

The current can only flow in one direction into and out of the resistors, so there is only one electrical path. Since all of the loads are linked to each other on the exact same path, a break at any point in the path will cause the current to stop flowing entirely. If one load stops working, then the rest will all stop working. So, that’s why old-style Christmas tree lights would shut off if a single bulb burnt out.

Suppose you were to connect a 10-watt lightbulb to a power supply and switch and then note its brightness. If you were to wire another 10-watt lightbulb into the circuit in series, you’d notice that the lightbulbs are both dimmer than a single bulb in the circuit. In a series circuit, the voltage from the power supply stays the same, but we double the resistance when we wire another lightbulb into the circuit. Due to that doubling of resistance and voltage drop across each resistor, the current will draw half the amps, therefore halving the wattage and resulting in dimmer lightbulbs. 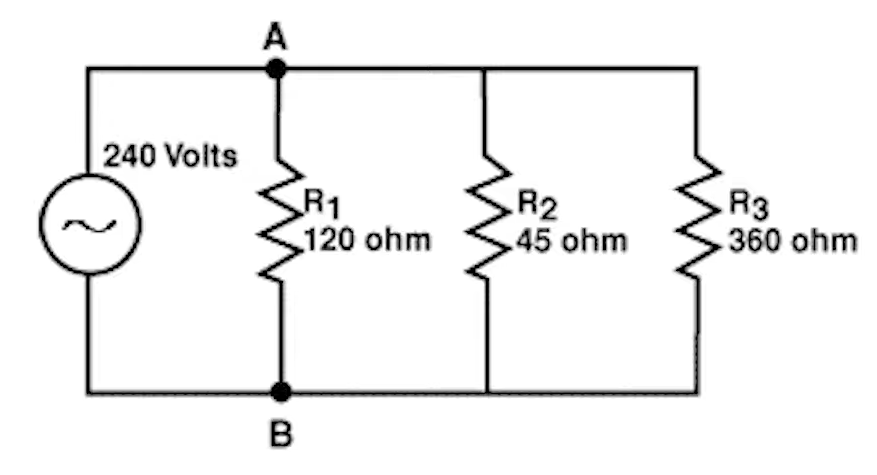 Compared to a series circuit, a parallel circuit has all of its loads placed parallel to each other and connected to the power source at each end.

If a single resistor fails, then the others will continue working because there will still be an unbroken path from the power source. The voltage also stays the same across all the resistors in a parallel circuit because they are each connected to the power supply, which is a constant source of voltage; the voltage drop across one load doesn’t affect the other loads.

If you measure the resistance of each resistor with an ohmmeter, you can divide each value INTO 1 (1/R) and then add all of the quotients together to get the total circuit resistance.

Kalos president Bryan Orr has released an educational video about resistance in parallel circuits on his HVAC School training platform. If you would like to watch that video, please click HERE.

So, that’s a simple look at how parallel and series circuits work with resistive loads. Circuits are all about creating a path for electricity to flow; series and parallel configurations are just different ways of achieving that goal.

Nowadays, mini Christmas tree lights may use a combination of series and parallel circuits; that’s why only one strand may be defective. However, the lightbulbs also have shunts that can allow the electrical current to keep flowing through bulbs even if the filament burns out.

Have You Tried Our New Instant-Quote Feature?